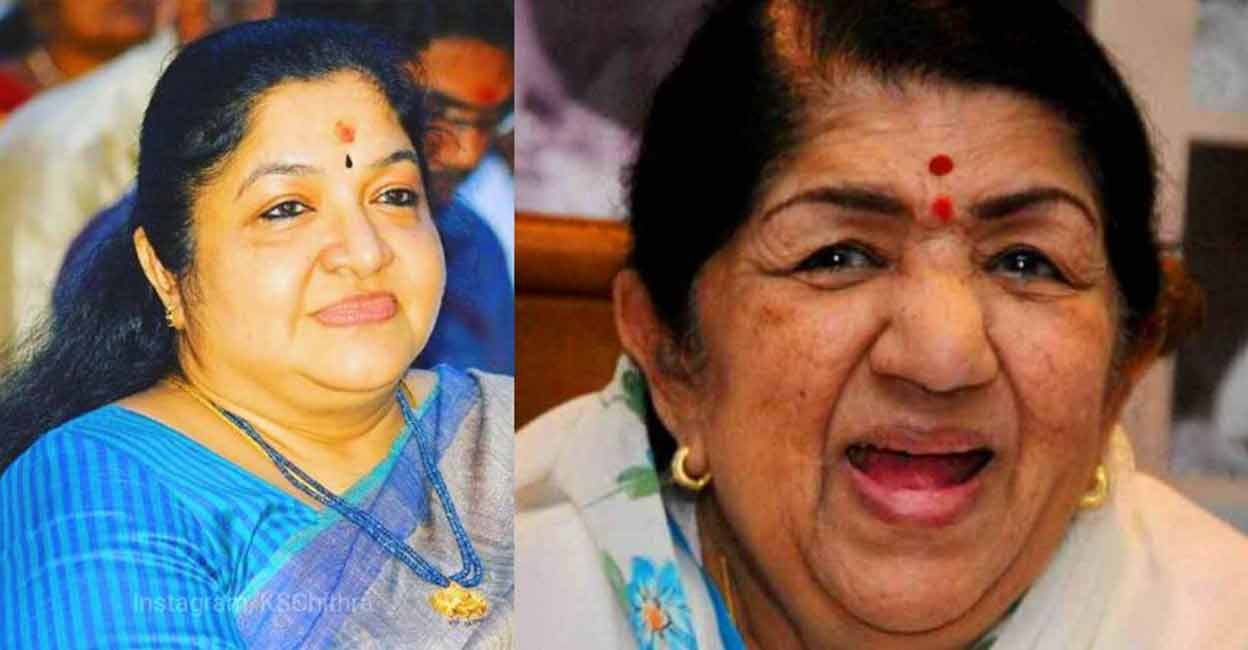 Lata Mangeshkar, according to KS Chithra, is a face that comes to mind with Mahatma Gandhi when we think of India. His death will always be an irreplaceable loss to Indian music. Here is a legendary singer who gave so many songs to a generation of singers who may never be able to learn it all in their lifetime. Chithra likes to think that Lataji will always live on in our hearts through his music. She talks to Manorama Online about her love for India’s Nightingale, Lata Mangeshkar.

His death is an irreplaceable loss to the music world. I grew up listening to his songs. When I think of India, with Mahatma Gandhi, his face pops into my mind. For me, she is the face of Indian music. Her physical presence may not be there but through her songs she will remain immortal in our hearts. She left such classic melodies for our future generation and maybe they will never be able to learn it all in their lifetime. Every song she sang is a textbook for music students. It is impossible to ignore his contribution to Indian music and I think we all learned music by listening to his songs. His death is a personal loss to me.

I first met Lataji when she came for the Dada Sahib Phalke Prize in Chennai. I was not invited. I then sang in duet with SP Balasubramanian sir in a studio. He had a lot of songs to finish. He said he had to rush as there was congratulation for Lata Mangeshkar at Madras Telugu Academy and he was organizing the event. When I heard this I asked her if I could accompany her as I had never seen her before. He obliged. By the time we arrived the event was almost over. Mr. SPB introduced me to Lata Ji. She said she listened to my songs and also posed for a picture with me. After that, during her 75th birthday celebrations in Mumbai, which was a big ceremony, she gave me her favorite song, “Rafeeq Balma” to sing. I also had the opportunity to sing “Rula ke gaya sapna” in front of her. For his 80th birthday, I made an album ‘Nightingale’ in his homage. I didn’t know my husband sent the album to Lataji. One fine day, I received a call from Lataji and thinking that maybe it was a prank, I did not answer the call. It wasn’t until she called for the second time that I answered and heard her voice on the phone for the first time in my life. She told me that she was making this call because she was sick and therefore could not write me a letter. She warmly thanked me for this album which is dedicated to her and told me that she loved it.

With me in my sorrow

At the lowest and most unfortunate moment of my life, I was called to receive an award in her name in Hyderabad. But during this time, I was not ready to leave my house. I told the organizers that I was in no condition to attend the ceremony. That evening, Lataji called me: “I can understand your grief. I know everything. But you have to face the world. You should come and I want to meet you. Although I went to the reception, Lataji couldn’t. But it was only because of her that I finally left my home and faced the world.

I think it would be best to ask if there’s a song by her that I don’t like. Because we can learn a lot from each of his songs. She sang songs that we think would be impossible to achieve. There is a song called ‘Manumohana’ for example. She finishes the last stanza almost in one breath, keeping all the nuances intact. Susheelamma (P Susheela) and Janakiyamma (S Janaki) are big fans of Lataji, and they make a point of learning by listening to his songs. I sang ‘Sathyam Shivam Sundaram’ and other Lataji songs on stage. At a big reception in Hyderabad, I remember singing songs by Lata Mangeshkar, SP Balasubramanian singing songs by Muhammed Rafi, SP Shailaja singing hits by Asha Bhosle and Sudhesh Bhosle paying tribute to Kishore Kumar. It was a memorable function because it was a union of so many singers. Last December, there was a musical evening in Dubai during which I paid tribute to Lataji, Ashaji and several other legendary singers. I had sung “Lagja Gale” by Lataji. For the next generation of singers, her songs will be a reference and through them, she will live forever in our hearts.